The cost of UK renewables - good value, or great values?

The government has today released the Cost of Energy Review to make recommendations on how we make energy cheaper in the UK whilst also delivering the environmental imperatives.

The Government has today released the Cost of Energy Review which was called for earlier in the summer.  Dieter Helm has been tasked with a quick, but deep dive in to the UK's energy system to make recommendations on how we make energy cheaper in the UK whilst delivering the environmental imperatives.  Two things which are very close to Thrive’s heart.

We agree with much of the high level direction of what Dieter Helm is recommending.  We must achieve greater energy efficiencies, at home and in industry.  We must transition to a smarter energy system, where supply and demand are dynamic in responding to energy availability. We’ve long been advocates of a functional carbon dioxide emissions market, where there is a cost attached to emitting greenhouse gases (GHG), the polluter pays, thus driving low and zero GHG emission solutions forwards.  Where investment decisions are influenced directly by environmental performance and where the market can successfully identify employ the least cost GHG emission abatement technologies.

One of the study’s conclusions is that the growth in renewables' contribution to the electricity sector (delivering almost quarter of the UK's electricity in 2016 , and anticipated to reach 30% this year) has lowered the wholesale price of electricity.  There is acknowledgment that following the falling cost of renewable technologies, that going forwards renewable generation offers least cost electricity.

Helm has also established that support for the proliferation of renewable electricity which has been delivered to date makes up 20% of the cost of our electricity in the UK.  So, what does this mean for the average household in the UK?  On average we pay £554 p.a. for our domestic electricity consumption.  So that implies we are paying £111 p.a., or £9.25 per home, per month for achieving one of the largest positive shifts in environmental performance the UK has ever seen.  I fully appreciate that for our lowest income households £9 per month has a material impact.  However, as the world’s 5th largest economy, it is incumbent on us to demonstrate some environmental leadership.  The way electricity is sold could address the sad reality that those with the lowest incomes pay most for their utilities.

So, what could we be doing with our £9 per month?  Sign up to an internet music or film streaming subscription, buy five newspapers, enjoy a posh coffee every week, or, deliver a material reduction in GHG emissions through our electricity system.  What is being achieved with our £9 per month?  As mentioned above, we are sourcing more than 25% of electricity from renewable sources, which means that annually there is now 1.6 tCO2e of emissions released into the atmosphere to generate our average 3,900kWh household electricity consumption.  If we wind back the clock to 2008, this was 2.0 tCO2e, and in 1990 2.8 tCO2e.  Progress indeed.  This has been achieved by reducing our dependence on finite fossil fuels, and increasing our use of abundant natural, renewable sources of energy.

We've almost halved the greenhouse gases emission intensity of electricity in the last 25 years: this is good news.

However, there isn’t time for complacency as the GHG emission intensity of our electricity needs to halve and halve again (and quickly) from today’s levels if we are to achieve our 2°C ceiling which we and 168 other nations have ratified following the Paris Climate Summit in 2015.

Whilst we’d prefer to have been part of an energy revolution which had miraculously leaped over 25 years of technology development, climatic understanding, public consciousness and political thinking, the reality is that change takes time, and the leap we’ve collectively made from ‘alternative energy’ to renewables and the associated environmental benefit has taken time and has a price, a price which is falling all the time and will dissipate over the coming years as existing facilities are retired and replaced with the next generation of best in class technology.  So we’ve made the leap, we are delivering over 24% of our power using renewables, now we can benefit from our learning, by more efficiently delivering the next 75% whilst simultaneously lowering the cost of our electricity.

How many of us, given a transparent choice would prefer to pay £9, or perhaps more per month to improve air quality and deliver the associated health benefits, reduce the need to redesign our coastline to defend us from rising sea levels and more ferocious weather systems, keep our finite resources in the ground for when we really need them, and be proud of the legacy we are passing to future generations?

Thrive’s top 10 things to think about if you’re planning to build a wind, solar or hydro project.

Renewables to power a decade of transformation

Renewables to power a decade of transformation 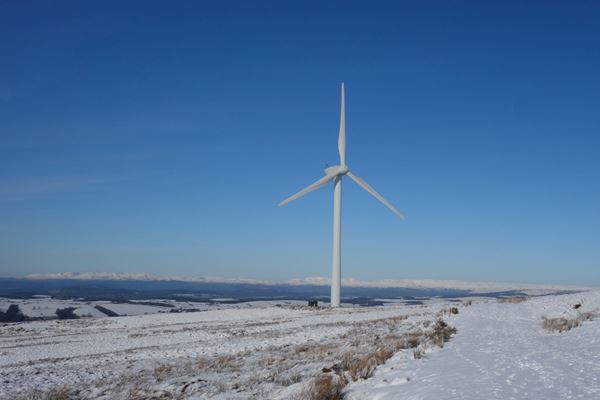