A review and round up of 2016 investments and performance with the Directors' recommended share price remaining unchanged at £2.35

We revisit the Directors Recommended Share Price (DRSP) when material events occur.  In this context a material event is an occurrence (or combination of events) which may have an impact on the value of Thrive Renewables.The previous review of the DRSP took place in October 2016 when the valuation grew 3.5% from £2.27 to £2.35. We have recently reviewed the DRSP again as a result of the combination of the following events which were considered to have both positive and negative impacts on the value of Thrive Renewables.

Independent experts have suggested that 2016 was 4.3% less windy at a national level than the long-term expectations with wind farms exporting up to 9% less energy as a result. In addition to lower wind speeds, we also had a challenging time at Caton Moor, our largest wind farm which is located east of Lancaster where floods which hit the North West of England in the winter of 2015/16 caused a lot of damage to the region’s electricity distribution networks. In addition to homes and businesses being without power, the contingency in the electricity network was impaired, so the system ran in a fragile state in early 2016 while repairs and upgrades were made. The impact for Thrive Renewables was that Caton Moor wind farm was switched off and unable to export to the grid for extended periods during January and February which were the windiest months of 2016. As our largest wind farm, usually generating 22% of our renewable electricity, this reduced the amount of power we generated.

Additionally, we expect to generate more than a third of our electricity in October, November and December. Despite the tail of storm Barbara arriving over Christmas, all three months were exceptionally less windy than is typical and, overall we have generated less power and consequently less revenue than we expected in 2016. Both the low wind resource and outage at Caton Moor have had a negative impact on the value of Thrive Renewables.

As a result of the windiness in 2016 we have revised our expectations of electricity export downwards for future years.

There are a number of factors, however, which have had a positive impact on the value of Thrive Renewables.

In January, we reached significant milestones on two new projects:

Approximately 50% of Thrive Renewables income is derived from the sale of electricity via the wholesale electricity market. In the autumn of 2016 the UK’s wholesale electricity prices increased. Whilst there are many factors which led to this change in price, two elements had significant impact. The first was that following the Brexit referendum, Sterling (£) weakened against the Euro (€) and US dollar ($). As the majority of the UK’s energy is sourced from fossil fuels, and fossil fuels tend to be traded in € and $, the cost of these imported fuels increased and consequently UK electricity prices rose. The second element impacting the wholesale electricity prices in the Autumn was that a number of the French nuclear power plants were offline due to unplanned or extended checks and maintenance[2]. This pushed up European power prices as the French nuclear supply typically exports power to neighbouring countries (including the UK via the interconnectors), so the shortfall had an impact on prices. Fortunately, we were able to fix future prices on a number of our power sales agreements, which, weather permitting will allow revenues to be increased in the coming months.

With due consideration of these material impacts, the Directors find that the positive and negative factors have a neutral effect on the valuation of Thrive Renewables and the Directors’ Recommended Share Price is unchanged at £2.35.

Background on previous DRSP movements can be found on the Thrive website http://www.thriverenewables.co.uk/for-investors/buying-and-selling-shares/recommended-share-price/

We are progressing the year end accounting process for the Thrive Renewables group of companies. Details of the financial results will be released in early June following completion of the audit process. Shareholders will be invited to Thrive Renewables’ Annual General Meeting (AGM) on 30 June, which this year will be held at the Royal Institution in London, home of the Faraday museum. The AGM provides the management and Board with the opportunity to provide an update on the Company and for our community of shareholders to provide feedback to the Thrive Renewables team. We hope that you can make it.

Please email info@thriverenewables.co.uk or call 0117 428 1850 if you are a shareholder and would like to attend and receive more details. 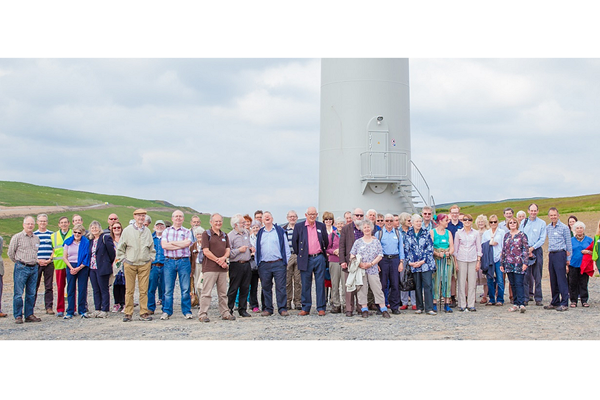 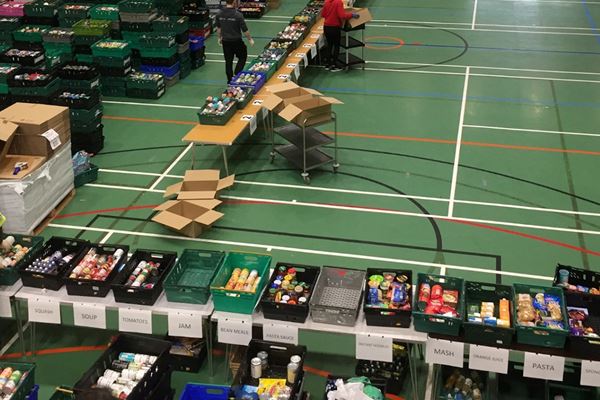 A helping hand: Communities supporting each other through crisis

Thrive owns and operates multiple renewable energy projects across the country and the communities who host our projects are vitally important to us. As a responsible business, we wanted to help them during the Covid-19 pandemic. 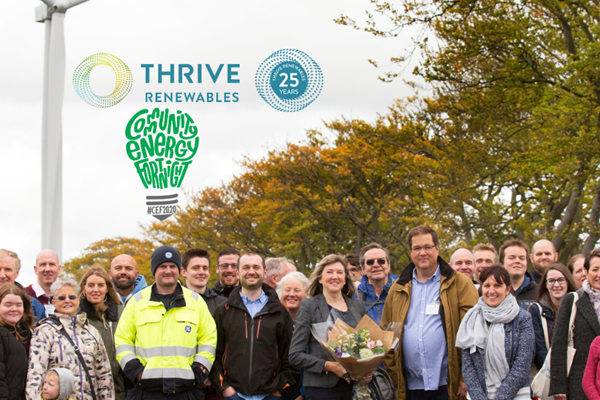 One of the biggest challenges facing community energy groups is funding.