IPPC report: The cause and the solution

In a landmark report, the United Nation’s Intergovernmental Panel on Climate Change (IPCC) has confirmed that human activity is having an “unequivocal” impact on global warming, with a temperature increase of 1.5°C now likely to be passed or temporarily reached by 2040.

“If we combine forces now, we can avert climate catastrophe. But, as today’s report makes clear, there is no time for delay and no room for excuses.” António Guterres, United Nations (UN) Secretary General

The IPCC’s report paints a severe picture of our impact on the planet’s future but, despite claims of a “code red for humanity”, we must remember that hope is not lost. In fact, with human influence found to be the main driver (90%) of glacier decline since the 1990s, it proves that – with rapid systemic change – we can also heavily contribute to the climate solution.

The science highlights that if we take immediate action to reduce carbon emissions we can “yield rapid and sustained effects”, but this must be a collaborative effort and needs to be supported by widespread policy change and structure. Published just three months before COP26 – which will see countries come together to agree a comprehensive, ambitious and balanced plan for co-ordinated climate action in line with the Paris Agreement – the report has given governments, policymakers and other key decision makers a warning call to accelerate their efforts.

WHAT IS REQUIRED TO AVOID CLIMATE CATASTROPHE?

IMMEDIATE ACTION
The IPCC has made it clear that time is precious and the longer we wait to eliminate fossil fuels – the worse it will get. In July, data from the Digest of UK Energy Statistics (DUKES) revealed that, for the first time ever, renewable energy sources generated more electricity than fossil fuels in 2020, increasing from 37% in 2019 to 43%. Wind power alone generated a record 24.1% of the UK’s electricity last year, with 13% coming from offshore projects and 11.1% from onshore projects – a significant step forward in the UK’s fight to reduce carbon emissions.

Despite this, growth in new renewable capacity slowed with just 1GW added in 2020, the lowest since 2007. We know this is currently not enough to meet the UK’s net zero targets, with RenewableUK predicting that we’ll need – for example – 90GW of offshore wind and 36GW of onshore wind by 2050. The same can be seen in solar too. While the UK is on track to double its solar capacity by 2030, we will need to treble it to 75GW-90GW if we are going to balance carbon emissions by 2050.

This is achievable, but further action is required to ensure we are able to mitigate the worst of the climate crisis. Most importantly, we need stable, forward-looking policies and action to support the integration of different renewable technologies onto the grid in the most cost-effective way possible.

BRAVE POLICY
Following its publication, Prime Minister Boris Johnson called the IPCC’s report “sober reading”, whilst Labour leader Sir Keir Starmer added that “the biggest threat we now face is not climate denial but climate delay”. We need our leaders to step forwards and be courageous – we have ambitious targets to meet but these will only be achieved if we have the policies in place to support it.

With this in mind, it will be interesting to learn the outcome of the government’s Contracts for Difference (CfD) scheme, which will provide revenue stability to renewable energy projects in the coming years. Given the previous removal of revenue support for new onshore wind we were really pleased that this was covered and look forward to seeing how the allocations are awarded.

There is no denying that we are still a long way away from reaching net zero but, while the IPCC’s report hammered home the stark realities of climate change, we remain optimistic. Positive changes can be made to reduce dangerous global warming – as long as we act together now. A change in mindset is needed across the board, from governments and policymakers right through to businesses and each one of us. It’s this collaboration – underpinned by smart, stable policy reform – which will be vital to the phasing out of fossil fuels. 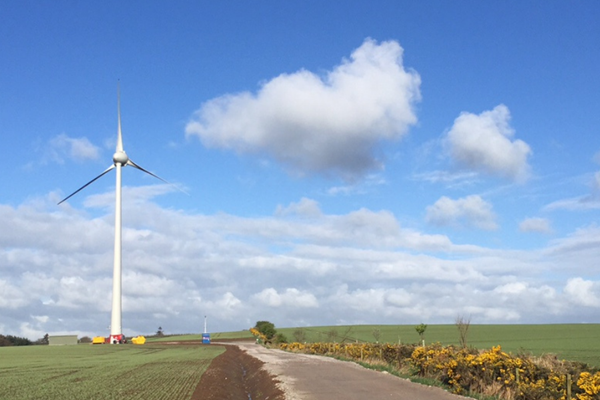 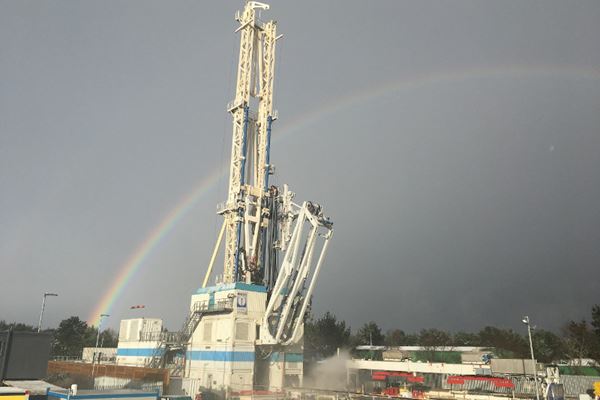 UNITED DOWNS: A MILESTONE ON THE JOURNEY TO LOCAL, LOW CARBON LITHIUM PRODUCTION

Third party testing at the United Downs site in Cornwall has revealed high levels of lithium, a vital component of electric vehicle batteries, in its geothermal waters

Our pipeline of projects is growing!

In April the government announced it will set the world’s most ambitious climate change target into law - to reduce emissions by 78% by 2035 compared to 1990 levels.