2019 was a record breaking year for renewables, generating more electricity than fossil fuels during the third quarter, for the first time ever. And 2020’s looking even better!

Over the last six months, record after record have been broken; peak renewable generation, the lowest ever carbon intensity of the grid and waving goodbye to coal. While each of these milestones brings us closer to meeting our net zero ambitions, we still have a way to go in creating a clean, smart energy system and combatting climate change.

In the first quarter of 2020, renewables generated 47% of the UK electricity needs, smashing last year’s record of 39%. This substantial increase in the total renewable energy output was chiefly driven by a growth in electricity generated by solar panels and windfarms which climbed by more than a third over the last year, according to the government’s energy analysts. New wind farms and an especially wet and windy weather at the beginning of the year helped to generate record wind power generation, a whopping 30%.

In mid-April, at 12:30 in the afternoon, the UK recorded it highest ever solar energy generation. Thanks to an especially sunny month and a reduction in air pollution caused by lockdown, solar generation reached a peak of 9.68GW, meeting approximately 30% of the UKs electricity needs.

We experienced the sunniest May on record and increased solar generation along with reduced electricity demand, contributed to the UK’s longest ever coal-free period since the beginning of the industrial revolution. The period ran for 67 days 22 hours and 55 minutes, from 9th April to 16th June. This was a fantastic achievement for the sector, demonstrating our reliance on polluting fossil fuels is coming to an end. A decade ago 40% of our energy came from coal power plants and going coal free for any length of time would’ve been unthinkable. In 2019 just 2.1% of the country’s total power mix came from coal and the UK has plans to close all coal power plants by 2025.

On Saturday 24th May the lowest-carbon day in the history of the UK’s electricity grid was recorded at an average of 61g of carbon dioxide per kWh. The following day the grid hit another environmental milestone when it dipped to its lowest carbon intensity ever, dropping to 18g CO2/kWh for more than an hour. At the time, 65 per cent of our electricity was being sourced from renewables.

Throughout lockdown, decreased demand and increased renewable capacity have given us a glimpse of what an energy system run completely off renewables might look like. We must continue to make these strides forward, to deliver a green recovery and accomplish our net zero goals. 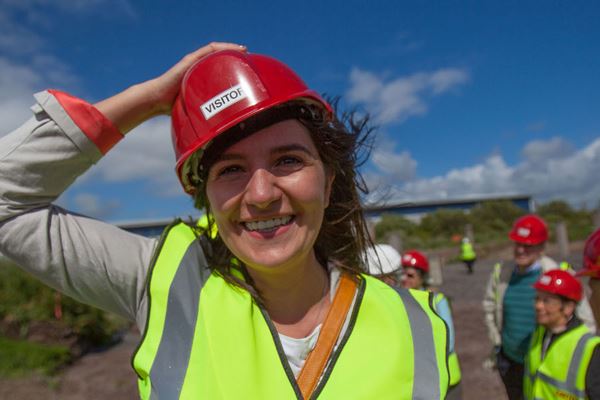 2021: A year of possibilities for renewable energy

81% of the public concerned about climate change

Show the love: how we’re working for the future we want

Show The Love, a campaign run by The Climate Coalition, is an opportunity to reflect on why we choose to take action on climate change and all that we want to protect.